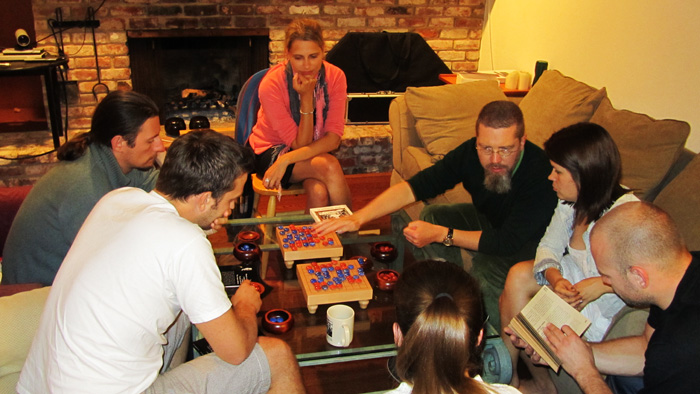 Go game is like a computer that was created not for game and playing. Differences between board games: chess, checkers and go-game. What paradigm and social model they based on? Checkers is about savage tribes: kill others to become a leader. Why as soon as king is killed chess game is over? Chess game in acient India reflected cast system. In the middle ages in Europe chess was the model of crusades. Classical chess reflected the paradigm of vassal dependence. The goal of Go game is divided board. Go is about terretory development. The main Idea of Go is about world development. It is more fundamental idea than social modelling:
video: [url]